Earlier this year in spring, I had the great opportunity to join one of the most important mountain festivals in Switzerland, which is Zermatt Unplugged (see post here). Just last week, this lovely acoustic singer/songwriter festival was taken from the Swiss alps down to Zurich city for the first time – lucky me, I had the chance to join it again for two days.

Zermatt Unplugged Kaufleuten took place in the very centre of town, and the venue wasn’t really recognizable anymore: the decorations outside and in every single room were mountain chalet like, every detail reminded us of its original pendant – there was no Zurich anymore.

The festival is able to put together a one of a kind line up: a great mix between new talents, big names and sometimes forgotten legends of the international music history. 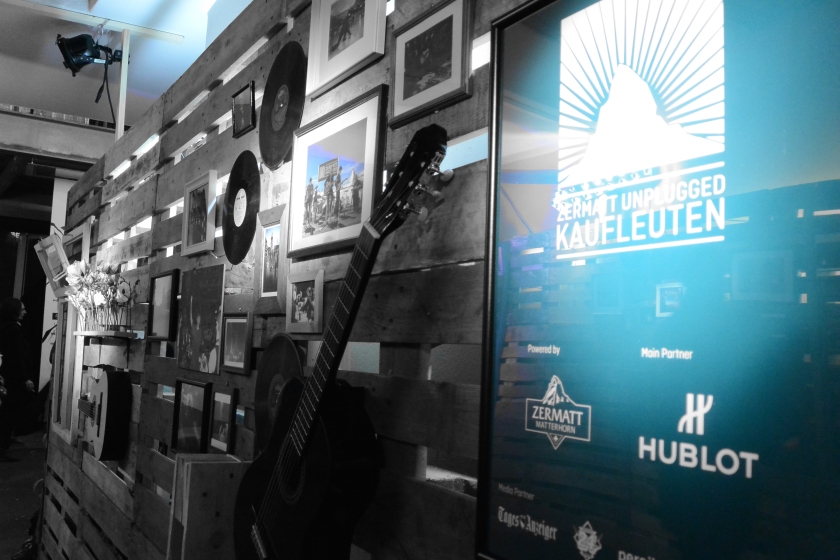 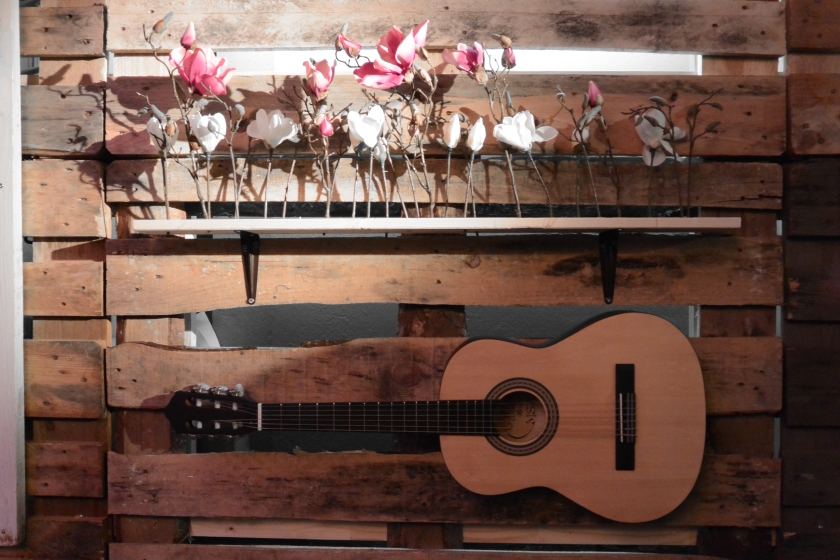 Back in April I was delighted and amazed to discover the boys of Sunset Sons – they played their set twice, and I was actually there twice! I think there is no better feeling than the one you have while your standing in front of a band you have no idea who they are, and you absolute love what they’re playing.

My discovery in this fall edition was the lovely Cilia Hunch, a gorgeous looking babe with a great soulful voice. She played in the intimacy of one of the smallest rooms at Kaufleuten, which was totally fine for me. It had this jazzy club atmosphere, the darkened down bar and me wanting to save a new playlist as soon as I will be back home. She describes her work in three words: Vocals, Rythm and Soul – and boy she is so right! I see her rising in the future, she will, I’m sure.

Zermatt Unplugged is able to bring artists to Switzerland that aren’t doing much live work lately, but aren’t forgotten as well. Back in April I attended a great live performance by Travis, britpop band that had it’s peak in the late 90s, and sold out the mountain venue pretty fast. This time in Zurich, it was the turn of another british legend, which is Richard Ashcroft. Obviously everyone knows him from the Verve, and “Bittersweet Symphony” is still part of his live repertoire. His live performance at Kaufleuten just was the proof once again, that he belongs in the rockstar’s hall of fame. The acoustic set was great, same for his attitude. “Bittersweet Symphony”, “Space and Time” and “History” weren’t missing this time as well, as it’s shown on one of the front row fan’s shootages below.

Dream Pop is a word I like. And it totally stands for Band of Horses. They were on my bucket list since quite a while already, and I was lucky enough to see them live in my hometown. Their set was like having them in my own livingroom actually. The whole band was sitting on stage, which is quite rare to see. They made one of Kaufleuten’s biggest rooms seem small, and it was dreamy indeed.

Another unexpected one, for me, was 80s darling Boy George. I obviously know him from my mother’s LPs, but did you know that he’s a DJ now? I didn’t. He closed the evening on Friday, with a mix of 80s, 90s and other mashups. Not exactly my taste, but the mixed after concert crowd seemed to like it, and I have to admit that he was quite charming with the audience.

Zermatt Unplugged is a great venue for the music lover, but also for those who like to enjoy Swissness in all its forms. There is no mountain town without wine and a cheese fondue. The winter wonderland was reproduced outside of the venue at Zermatt Village: offering truffle wedges, raclette and local wines (Heida! Yay!). The furry seats and raw wooden furnitures made the rest.

The first edition of Zermatt Unplugged Kaufleuten was very convincing if you ask me. It offered a great variety in terms of artists. Beside the ones I just mentioned, names like Marlon Roudette, Alex Clare, Skye, Billy Lockett, Jack Savoretti, and many others delighted the festival goers during this three days. For the night owls, there was a DJ set for every taste as well, Jardin Collectiv or Cedric Zeyenne played as well until the very end of the festival day. So for my opinion, the high prices were justified by quality: the line ups, the great decor and the culinary experience. I hope this wasn’t the last Zermatt Unplugged Kaufleuten, it’s a festival full of potential. And I can’t obviously wait for Zermatt Unplugged 2016!