Being a festival fanatic took me to book a trip oversea. Me and my friend Maria were thinking about where to go for our spring vacation of almost 3 weeks, and decided to go and see what the Coachella Festival in California is all about.

Since we had a long trip in front of us, we asked ourselves which combination of places would be the best fit to make this time unforgettable. The result was the following: some big city vibe in L.A., Coachella as the musical centre and a few relaxing days on our way back in Key West, Florida.

It wasn’t the first time for us visiting Los Angeles and Key West. So we made Hollywood our base first, just to enjoy a bit of shopping and having a couple of good bites in the epicentre of LA’s tourism. After a few days we spent the last nights in the city of angels in Venice Beach. Maria and I are pretty laid back and not big glamour chaser, so Venice Beach was perfect for us: laid back district, bohemian feeling and seabreeze.
We booked our room at the Erwin Hotel, located directly near the boardwalk. Despite the perfect location and the amazing rooms, this modern gem has a fantastic rooftop terrace where to hang out in the evening and enjoy the best view over Venice. Another good tip is to rent a bike. There’s no nicer thing to do on a sunny day than cycle all the way down to the Santa Monica Pier and have some great lunch. 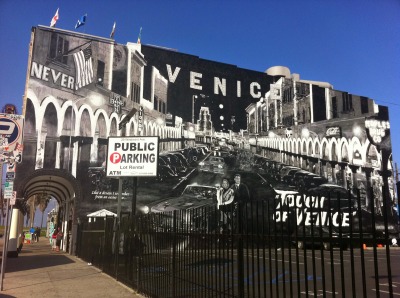 Being in Los Angeles was a great start, we could recover from jetlag and get in the festival mood. I had no idea what to expect and how the dimentions would be. Well, I knew for sure that the venue would be like 20 times bigger than one single festival here in Switzerland. I mean, with a huge line up like that you can get some peace of mind for the whole year since you’ll probably seen all the most important and hyped headliner in one event, unless you go to one venue that’s totally different, musically speaking.
We took a three hour bus ride from LA to Indio, where Coachella takes place. If I’d be there again one day, I would rearrange some things like where to stay or by renting a car. Indio is smaller than LA, but still big enough, so forget walking distance and stuff like that (I really thought I might could walk. Yeah, Europeans walk a lot sometimes). Our hotel was too far away from the venue. Fortunately we met a girl that drove us to Coachella and back to the hotel for approx. 30 bucks a day. I guess it was the best solution since making the same thing with a cab would have been pretty tragic!

Coachella was held for the first time on two weekends in a row this year. We were there to attend weekend one. First of all, I was shocked about how big the Empire Polo fields are! Once you get there, you’ll walk, and a lot, trust me! Getting in takes all the standard security procedures, so no trying to smuggle some drugs in or trying to hide it somewhere (I don’t do drugs, but I saw them even controlling my boots and my cigarette pack).

The festival has a great vibe and lots of extras. You’ll able to find, for example, some phone charging stations and free drinking water dispensers, since you basically are in the desert. The field is decorated amazingly and there are different stages based on the music direction. 2012 is the year where dubstep became commercial I guess. As an electronic music lover I used to spend some more time around the DJ stage and I had to notice that 🙂 One of the best sets was in my opinion the one of Martin Solveig. 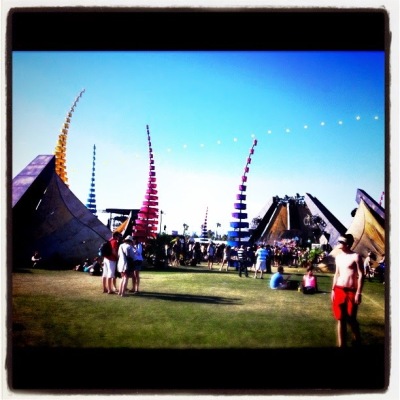 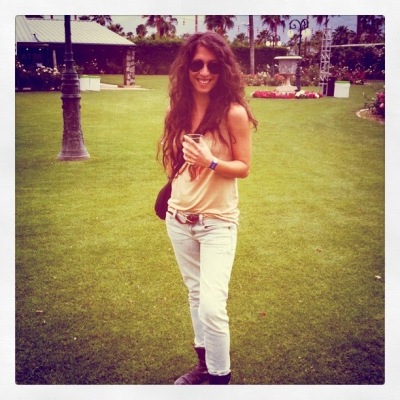 The Rock and Roll soul in my tiny little body loved the Vaccines’ performance. They really are young and raw rockers. Their music wants to get you a beer, jump around and make out. Classic.
Another great act was Noel Gallagher with his band High Flying Birds. Ex Oasis member mixed his show with new songs combined with some Oasis tracks. I liked it, I almost got nostalgic 🙂
Besides these two, the Black Keys did a great job and Radiohead was magic.

Of course urban music lovers get their stars too: this year was the turn of Dr. Dre and Snoop Dogg, just to mention some names.

Coachella has a big food court, so you won’t spend a lot of time waiting for your food. And it’s incredibly clean for it’s dimentions. Maybe because you’ll just allowed to drink your beer or wine in the separate gardens, only minus of the whole weekend I suppose. I’m not really used to rules like that as an European, so I like to stand by the stage with my drink and sing along the band’s songs. I survived, don’t worry!

The best thing about my stay at the Fantasy Spring Resort, big desert hotel, was the thought to have a big breakfast the morning after every festival day. I’m addicted to egg benedict, hard to find here in my continent, so I ate them almost every day! They also have a casino – big mistake for me going down there.

Sad but true, three days of desert loving flew like crazy and there we were again, standing next to the bus to get back to Los Angeles and take our flight to Florida.

Key West is one of my personal little paradises. I love this little island, with it’s small coloroued houses and turquoise sea. Once you’re there, you’ll immediately feel a carribbean vibe around you. Fair enough, the island is located 90 km away from Cuba and is the southernmost point in the States.
After some packed days on a big festival like Coachella and the whole travelling around, taking it easy on Key West wasn’t hard. We rented some bikes to get around and enjoyed mostly a good swim, some little breakfast in a cute coffeehouse or a peaceful dinner in town in the evenings. 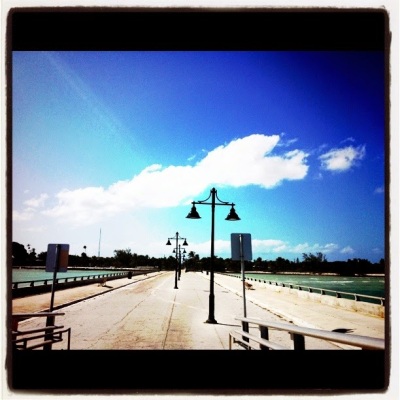 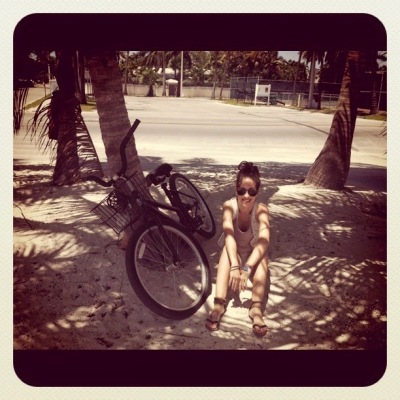 – Where to stay: for Hollywood, the Celebrity Hotel. Big beds, good location right behind the Hollywood & Highlander Centre and fair priced. Venice Beach as stated.

– Where to eat: one of the sweetest places I’ve been out for dinner in LA was the Barlo Kitchen. Located just in the same building as the Erwin Hotel, this little pearl of a restaurant has lots of attention for the detail and feels very intimate. Staff is amazing!

– Getting around: we were more than happy with our few bus rides and the cabs. If you wanna move faster you should rent a car in LA. For bike rentals I was super satisfied with the Venice Boardwalk Bike Rental.

– Tickets: Subscribe the Coachella Newsletter! Tickets go on sale for the first time one year in advance special priced, all other around 3 months before the festival. I love to risk sometimes so I booked mine one year in advance with no line up out yet. Mine was a VIP ticket, with special allowance to a separate area, different drinks and food (General Admisson gets only beer as an alcoholic beverage) and normal toilets. Price was around 150 Dollars more expensive than the General Admission Ticket. It was totally worth it, I loved my wine! 🙂

– Where to stay: be early with this! Look for hotels near the Empire Polo Fields or get an apartment or a room on Airbnb in that area.

– How to get there: You can fly over LAX to Palm Springs or take a bus ride with Greyhound directly to Indio.

– Other: wear sunscreen and a hat. Being in the desert during the day can get more than hot, you shouldn’t melt on the venue, you should be able to enjoy!

– Where to stay: The Ibis Bay Resort right out of town offers big rooms and provides bikes for free. They have a very good restaurant on the water called the Stoned Crab. Seafood and Key Lime Pie are just yum! 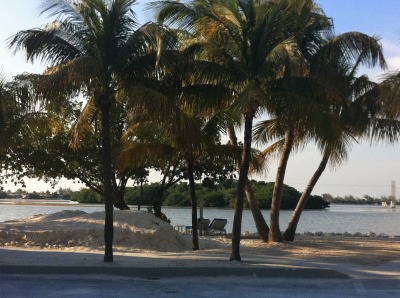 – Where to eat: Despite the Stoned Crab, Key West has a lot of restaurants to offer. Try the Hard Rock Cafe: it’s totally different than the classical ones, in this cute wooden house.

– Other: Key West is a gay friendly island. You can totally feel the tolerance in this place, where everybody can be however he likes, without being judged. We went to see the famous drag queen show at the 801 Bourbon Bar. It was so welcoming and entertaining that we went twice! 🙂
Also interesting for a visit is the Southernmost Point and Ernest Hemingway’s house.