Seven years ago I had the first festival experience ever in my life. At the time my brother was a huge Justice fan, so the only showdate in Switzerland was their appearence at the Paléo Festival in Nyon. I basically had no idea what to expect and how an event like this looks like. So I drove down almost to the French border and was surprised of what I found – let’s say, 2007 was the year of the beginning of my very permanent festival visitor disease. And I’m thankful for that

Paléo is so huge and so unique, that I have no clue where to start. It’s the biggest festival in the country counting over 200 000 visitors per year.

But what does it make it so special? Before I start talking about the event in general, I thought I’ll show you just a little corner of it. Despite it stages, Paléo divides itself into districts: one of these is the little gem called “La Ruche”.

La Ruche is hidden into the green and you almost miss it if you don’t walk through the whole festival site. It’s a place where time seems to have stopped a while ago: you’ll have all these very oldschool radios stapled on one another, in order to form a huge bass for the DJ playing a little renewed form of swing.

The furnitures look like they’ve been collected 50 years ago and stored for a good while afterwards, maybe searching for inspiration about what to do with it. The one and only restaurant invites you to be more aware and less selfish: that means cut your pizza yourself and wash your dishes after eating (no joking!). The bar has the same gorgeous gipsy furniture and it’s pretty much a delight hanging on here for a while, kind of separated from the mass of the festival madness, and kind of distanced from the real world. 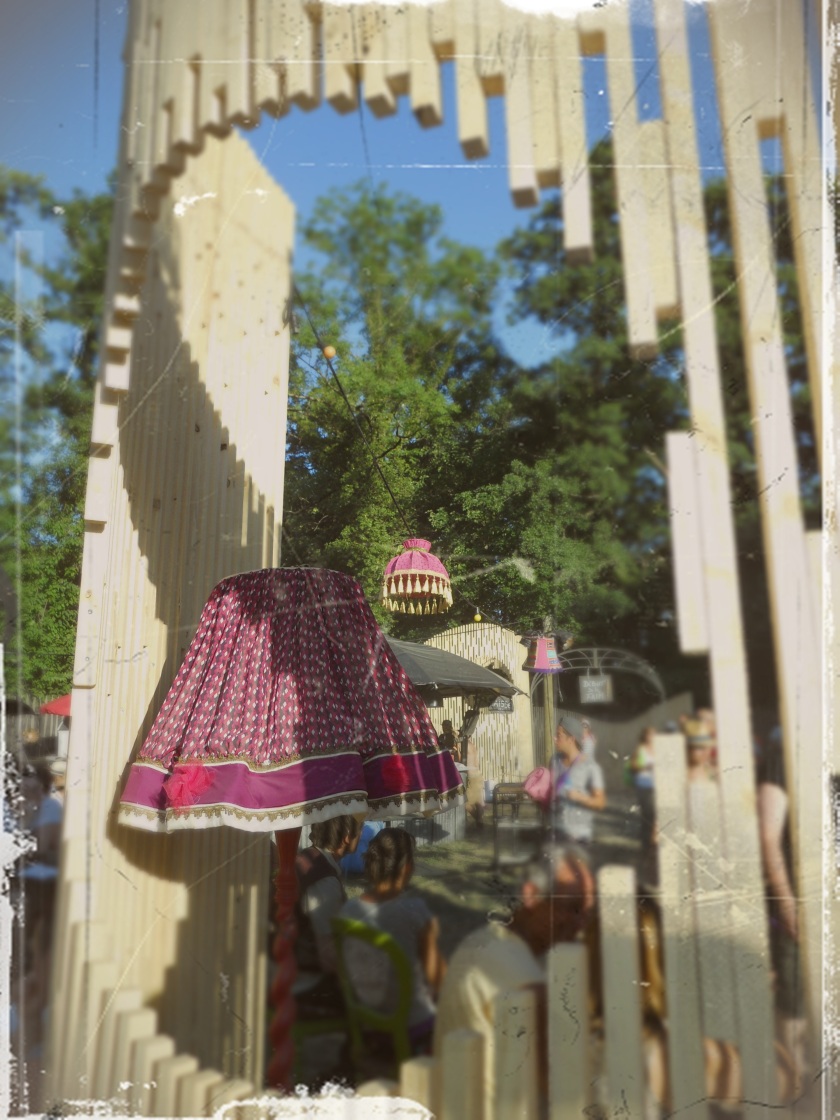 You’ll experience different shows and concerts, all of them are street performers and offer you a view and a listen into their work. Fairytale figures will show up for your amusement. If you’re a talent in improvisation, La Ruche has a space for you to show what you got. Even kids have a whole playground provided so that the mamas and papas can fully enjoy some time off.

I felt that La Ruche was one of the best corners of Paléo for recharge my batteries in between the show, to just be, without having to force my thoughts too much. And in fact, exactly this non-forced atmosphere gave me the most inspirations during my stay at the festival.

Because everyone needs an oasis sometimes… Because we’re all a little bit hippies in the end. ❤

I hope you get the idea from the very few pictures I shot. Since my next post will be about the whole festival, check out the video below to get more informations about Paléo Festival Nyon.

A huge Thank You to Paléo Festival Nyon for having me.

3 thoughts on “Because we’re all Hippies in the End. #KeepItVintage”