I’ve seen tons of different concert venues so far, and I honestly was thinking that nothing can impress me anymore. To celebrate the rays of sun finally blessing us here in Switzerland, I was able to be part of a live session that was just one of a kind. An acoustic session by Kelvin Jones, on a tram riding through Zurich for an whole hour.

Tram riding can be something you do on a daily basis when you live here, or of course in other major cities that have one. However, seeing it all set up and ready for a mini show was quite unique. I mean, the space is supertiny, and it was impressive to say how a technician can work in there just next to Kelvin Jones, that was struggling to find his balance on the platform that was constantly moving at every curve. The sound system was provided by Ultimate Ears, so you had a good bunch of UE Booms just all across the tram. I am an UE Boom user myself, and I really love the quality – the fact that you could provide such a great acoustic for a concert just by having 30 or 40 of them, was more than surprising!

Kelvin Jones belongs to the hottest newcomers in terms of acoustic music with a touch of blues. His breakthrough was more than overwhelming for him, as he stated many times already. Kind of obvious: imagine yourself uploading a Youtube video of your song and finding it gone viral 24 hours later. One of his friends shared the video of “Call you home” on the right place, and it reached the right people. A new star was born. Despite presenting his debut album “Stop the Moment”, he hypnotized the audience quite easily by covering “Wonderwall”, an Oasis classic that sounded much honest and real than the original with Gallagher’s ‘just got out of bed’ scratchy voice. (I am a big Oasis fan, just to make it clear). Despite showing the balancing skills for one hour straight, this good man apologized loads of times because of showing his back (or his arse, just to quote him) to one part of the audience, trying to turn around as often as he could.

You rarely get to be so close to an artist and experience such an intimate concert, whether it’s a rising star or not. I hope it wasn’t the last I will be part of, there should be more of this, and Ultimate Ears just gave us the proof that it can be made possible with just some little tools.

Now it’s your turn! I’m giving away an UE BOOM 2 in Yeti (white), just to make your summer nights out sweeter or to transform your livingroom into a partyzone. Do you want one? Then just type your E-mail address in the subscription box below or, if you’re already a subscriber, just send me a message, I’ll check out if you’re on the subscriber list and I’ll add you in the plot. The winner will be announced on August 1st, 2016, at 8pm Swiss time. Good luck ❤ 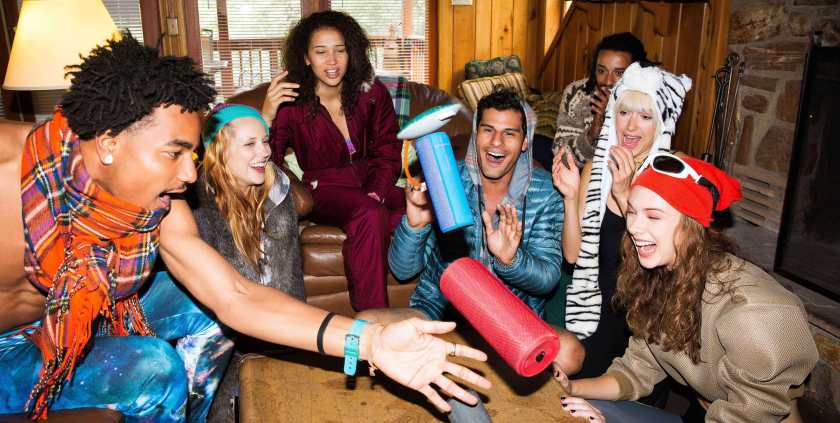 * Photos are courtesy of Made Marketing. Editing: bohemianstella

**Last photo on this article is courtesy of Ultimate Ears

A Special Thank You to PR Fact for the invitation.