First of all, I have  to apologize about my Absence the last couple of weeks. I had a lot to prepare for my big trip out on this planet and I didn’t really have the Chance to put all my Picture together and write my first Posts. And additionally, there is a lot of bad wifi all over this world…

After being one night in cold New York City, I headed directly to Las Vegas the morning after. A big Boom for the first Destination, isn’t it? I’ve been here three times already, so I was pretty Aware of what this City has to offer or better said, how versatile this playground for adults can be.
We checked in at The Venetian and Palazzo, the best copy of the Italian City I’ve ever seen. Our Bella Suite was spacious and the giant beds were perfect to rest and sleep away the past few months spent in Switzerland.

Even if I was here before, I had to get used to Sin City again. You have so many possibilities in this sleepless town – it literally eats you up. 🙂 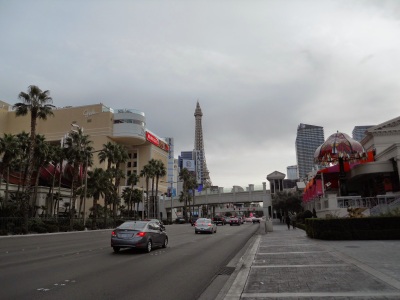 Nevada is one of the US states that has the lowest taxes, so it was pretty clear that we went for some Shopping. There are two huge outlet malls in the southern and as well in the northern part of Vegas to spend all the Money won during gambling (unfortunately, it was not my lucky case). The Premium Outlets and  Town Square provide the most american brands so that everybody is able to  find sweet stuff for the closet back home. Being there before the Holidays, I found the Prices even more convenient than the last couple of times.

Besides the Shopping, I also had the opportunity to take some time for a Little culture. I took my friend Sandra to the Neon Museum, an open air Showroom for all the oldschool Las Vegas signs. It was pretty interesting to know the stories behind them, what amazed me the most was the one told about the sign of the first gas Station before entering and leaving the City. They used to Keep some extra Dollars for everybody back, in case a Gambler would have left the Casinos without any Money, for the drive home. Plus: a free Aspirine was included, so no headache on the drive home. (It’s crazy! They used to give away 30000 aspirines a month!)
Another cool Thing was the reception of the Museum: it used to be the original front desk of the not anymore existing La Concha Hotel. 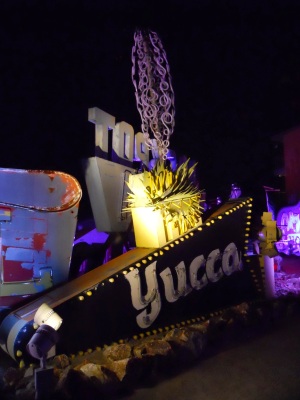 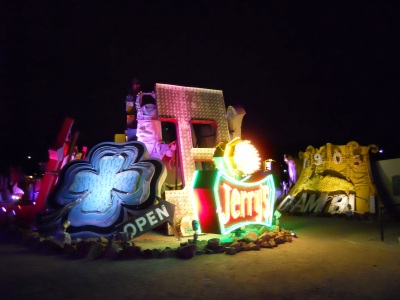 If you find yourself in Vegas, don’t Forget that it isn’t all about the Strip. For the nostalgics of you, I would spend an evening at Freemont Street, you’ll find a couple of old fashioned Hotels like Golden Nugget and California, to mention two. Another interesting spot located back there is the Mob Museum, which tells us a bit about the crime history in the City. There are Combo passes avalaible with the Neon Museum together here (day or night tours avalaible). 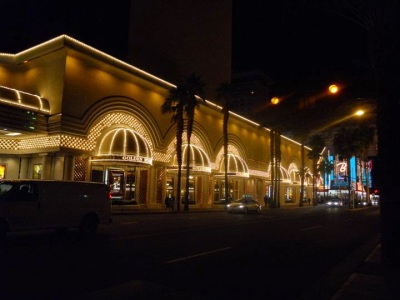 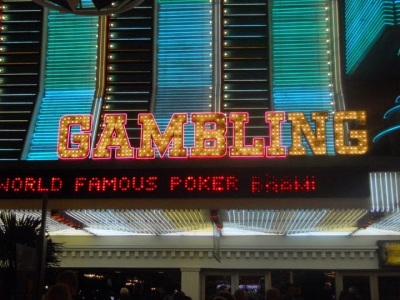 What should I say… It was a very good beginning, even if sometimes a bit exhausting. Lots of Walking during the day, seeing the different Hotels, having a gamble and a drink at night (it’s a hard life). Another must is to see a Show in Las Vegas. There is a huge choice for every taste and every wallet. We went to Mandalay Bay to see Cirque du Soleil’s “Michael Jackson – The One”, and we we had a blast!

– Where to stay: if you’re not on a Budget, The Venetian is perfectly located on the Strip and offers a good variety of Restaurants and night Entertainment. For those who are Budget travellers like I was a couple of years ago, I would highly reccomend the Stratosphere on top of the Strip (you’ll pay approx. 300$ for a whole week, if you book in advance) 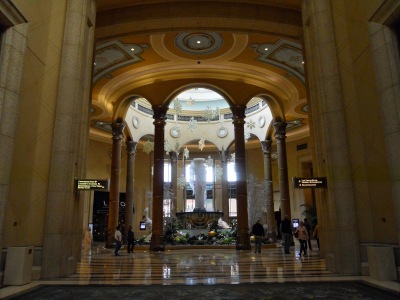 – Clubbing and Nightlife: living at the Venetian has some pluses – you’ll have two well done Clubs in the building. Nights out at TAO or Lavo are always a good choice. If you want to get out at the Hotel then you should opt for the Pure Nightclub at Cesar’s Palace. Otherwise during warm season, there are some good pool parties out there. The Stratosphere offers has a lush Restaurant with a 360° view over the Strip that actually turs on itself. And the Food is delicious too!
PS: Try to hit some Promoters on the streets. You’ll easily get a good bunch of free entrances (sorry, mostly for ladies) by paying around 20$.

– Shopping: As already told, the two outlet complexes are very convenient for filling your suitcase. Otherwise, the Fashion Show Mall right next to Wynn and Encore are another good address.

– How to get around: Of course you’ll have loads of cabs at every Hotel entrance. They aren’t very expensive especially if travelling in Groups. Otherwise you’ll have good buses that connect the whole Strip with Freemont Street and Downtown.

Said that, enjoy Las Vegas! Have a blast, enjoy your Drinks and gamble with responsability 🙂