A few nights ago there was a party. A great one. One of those raw rock ‘n’ roll parties. My little rocker soul actually couldn’t be happier. I’m talking about one of the hottest Scandinavian discoveries, Danish band Go Go Berlin. 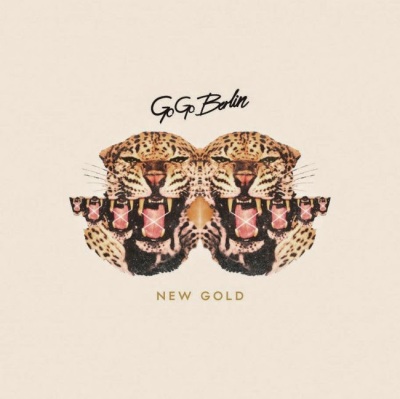 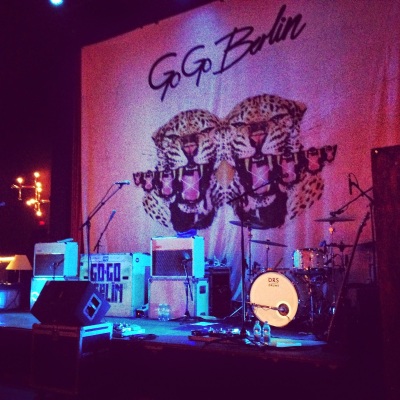 By advice of my good friend Paulo I had a listen through their first record, “New Gold”, which was released in 2013. Like almost everytime, when I listen to a new artist’s release, it’s the same: I wonder how the show could be live, how it sounds, if there’s gonna be some interaction with the crowd. I literally feel forced to search for a live gig close to town and will go as soon as I can. Fortunately, I didn’t really had to wait too long: these guys were playing two shows in Switzerland, one of them at Royal Baden, a little venue, former cinema, 15 minutes away from Zurich City.

The first track of “New Gold”, “Raise Your Head”, played live, already makes your feet stomp and shows in which direction the gig will go: it’s gonna be hot, sweaty, and nobody will be sitting on one of those chairs in the room. That’s exactly how it was. And when you look at these guys,  you feel catapulted back in 1969, ’cause they look like they just came out from Woodstock.
Ok, we might had time to catch breath again during their only two down tempo songs. Besides that, everybody was dancing through it felt like Saturday night. 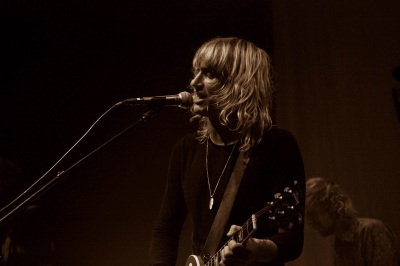 Lead Singer Christian Vium wasn’t afraid to jump on furnitures or run into the audience during the performance. The whole album live deserves a 5 star review, it’s totally different than listening to it during a train ride with some earphones. I was overwhelmed, happy and really felt blessed to experience such an intimate concert. The last time I felt like this was about seven years ago, when I experienced the Swedish rock export Mando Diao playing in front of 100 people in a small venue by Zurich’s lakeside, rocking it unplugged, just with an Ikea lamp on stage.

They will go far, if you ask me. Being on European tour right now, Go Go Berlin already are big names in Denmark, playing on famous festival venues like Roskilde, just to mention one. Their vintage rock couldn’t be better in a moment, where music industry sets on manufactured pop dolls and twerking starlets. They are the living proof that rock ‘n’ roll is healthy, and still there. 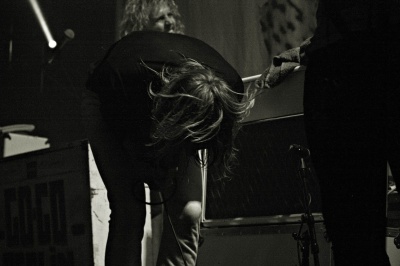 The band took some time after the gig to sign shirts and albums, sell its own merch and I had the pleasure to have a brief talk with bassist Emil Rothmann. They seem to have fun on the road, and I mentioned how good they would fit on a festival line-up like the one of Glastonbury in the UK, Emil just answered to me that playing there would be THE thing. And I just can say one thing about that: I’m pretty sure they will.

I couldn’t fall happier in bed on a Sunday night. It will definetly not be the last time for me to see Go Go Berlin live. You can have a listen to their record “New Gold” here.

Thank you to Inox Live for making me be part of this awesome experience.